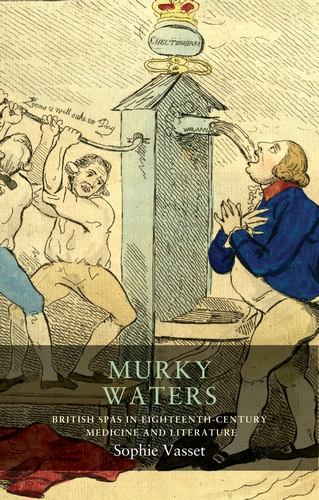 Murky waters challenges the refined image of spa towns in eighteenth-century Britain by unveiling darker and more ambivalent contemporary representations. It reasserts the centrality of health in British spas by looking at disease, the representation of treatment and the social networks of care woven into spa towns. The book explores the great variety of medical and literary discourses on the numerous British spas in the long eighteenth century and offers a rare look at spas beyond Bath. Following the thread of ‘murkiness’, it explores the underwater culture of spas, from the gender fluidity of users to the local and national political dimensions, as well as the financial risks taken by gamblers and investors. It thus brings a fresh look at mineral waters and a pinch of salt to health-related discourses.