The Higher Education structure in France is based on the LMD system. LMD refers to the degree level and stands for “Licence-Masters-Doctorate”. In other words, “Bachelor’s-Master’s-Doctorate” degrees. These three levels are recognised by many countries in the European Union and around the world, facilitating international educational student mobility. 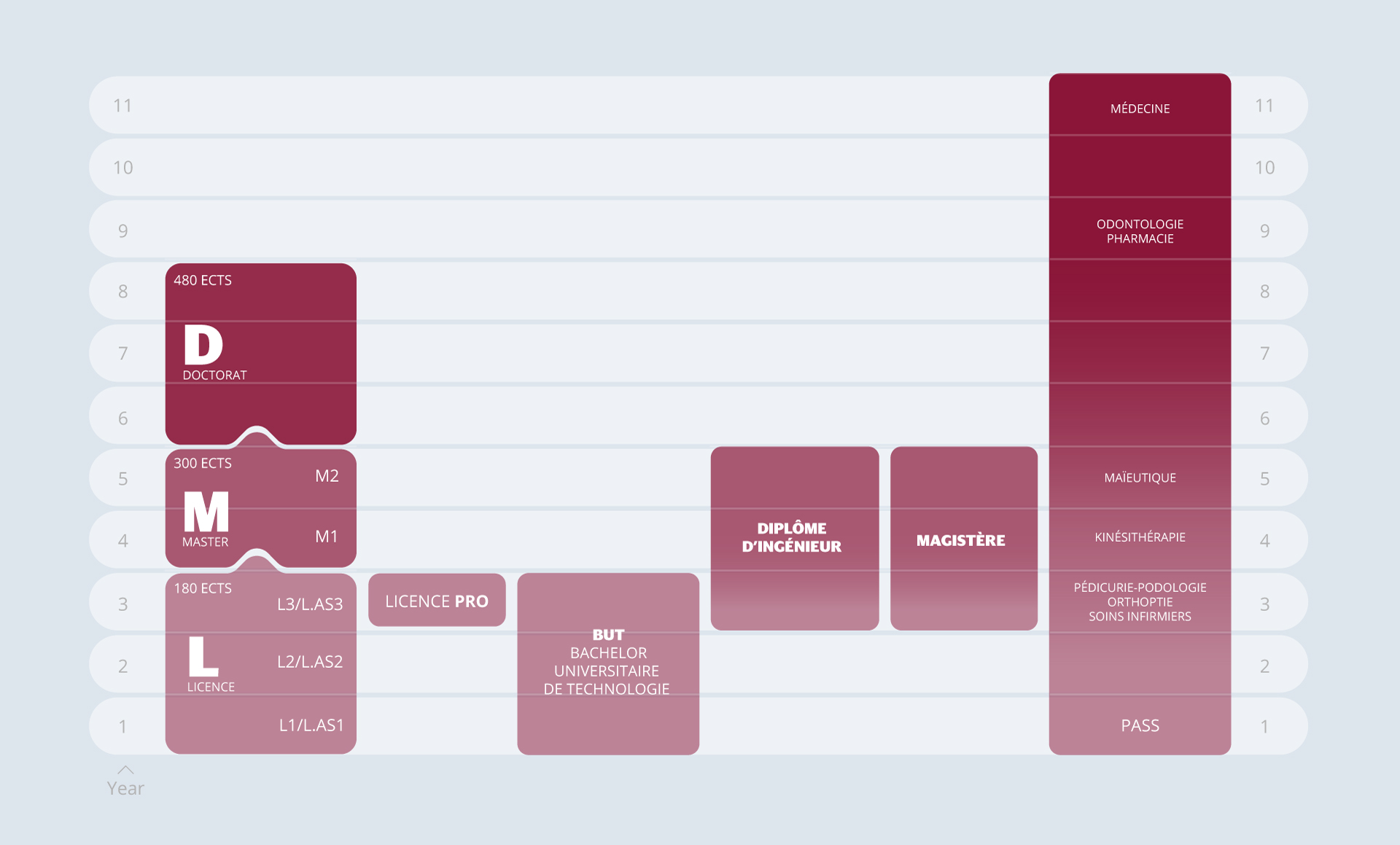 There are three types of university degrees :

There are two types of Masters Degrees :

The LMD is complemented by :

Students will only be awarded their degree after successfully completing the required number of semesters.

Each semester the student completes up to 30 ECTS (European Credits Transfer System). These are valid in, and can be transferred to other countries. 30 credits are required to validate a semester, and 60 credits are needed to validate an academic year.

The European Credits Transfer System (ECTS) guarantees the mutual academic recognition of studies carried out. Such recognition is ensured by:

Equivalences between French and foreign degrees

Each institution is able to set its own admission criteria, based on the applicant’s background and the requirements of each programme.
There is no pre-established set of equivalences between French and foreign degrees that is officially recognized in France.

For more information, visit the official website France Education International for any reference to the equivalence of foreign diplomas.

In France, the academic year starts in September or October, depending on the institution and programme. It includes two weeks of winter holidays. At the end of the first semester, classes are temporarily suspended for exams. The summer holidays usually start in May or June at the end of the second semester exams. They typically last for two months.

The French grading system is typically on a scale from 0-20. In order to pass a subject you usually have to achieve 10 points. Students are considered to have passed if at the end of each academic year the average of his/her grades is at least 10 out of 20.

A grade of 20 signifies a perfect score and is virtually never granted. Scores of 19 and 18 are also rarely attributed. Depending on the subject, a score of 16 would be an excellent grade. However, in some circumstances a 12 could also be considered as an excellent result.

In French universities, there are different ways in which professors teach their courses to students. The instruction is delivered in the following manner :

A professor presents a subject to students in an amphitheatre, which can hold from 100 to over 1,000 participants. These classes are often written up and handed out by the instructors to students in the form of pamphlets. These supporting materials can prove to be helpful for students when they need to prepare for exams at the end of the semester.

These are compulsory classes for smaller groups of students. They complement the lectures, with the aim of applying and strengthening theoretical understanding. Internships or “stages” at companies may also be required in addition to the tutorials and practical work. 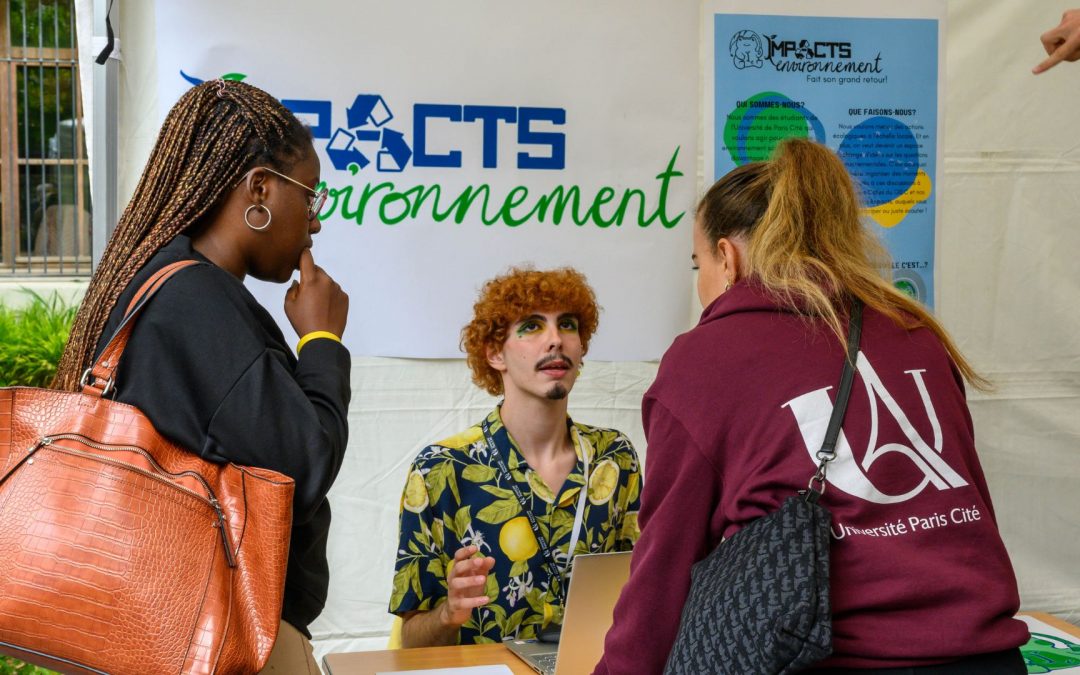 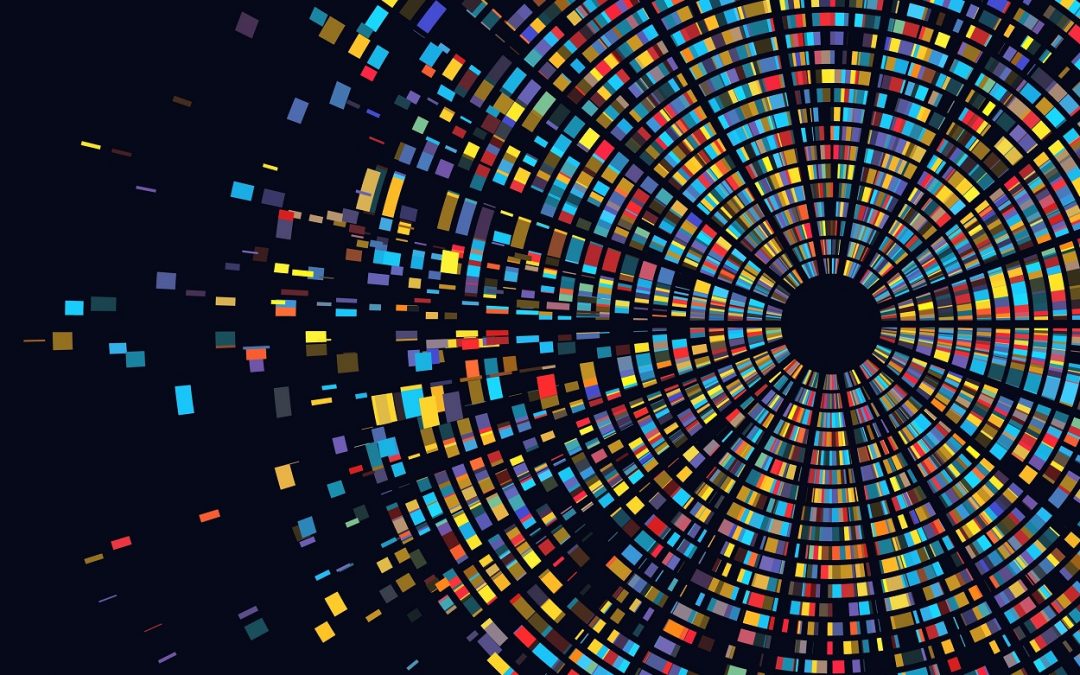 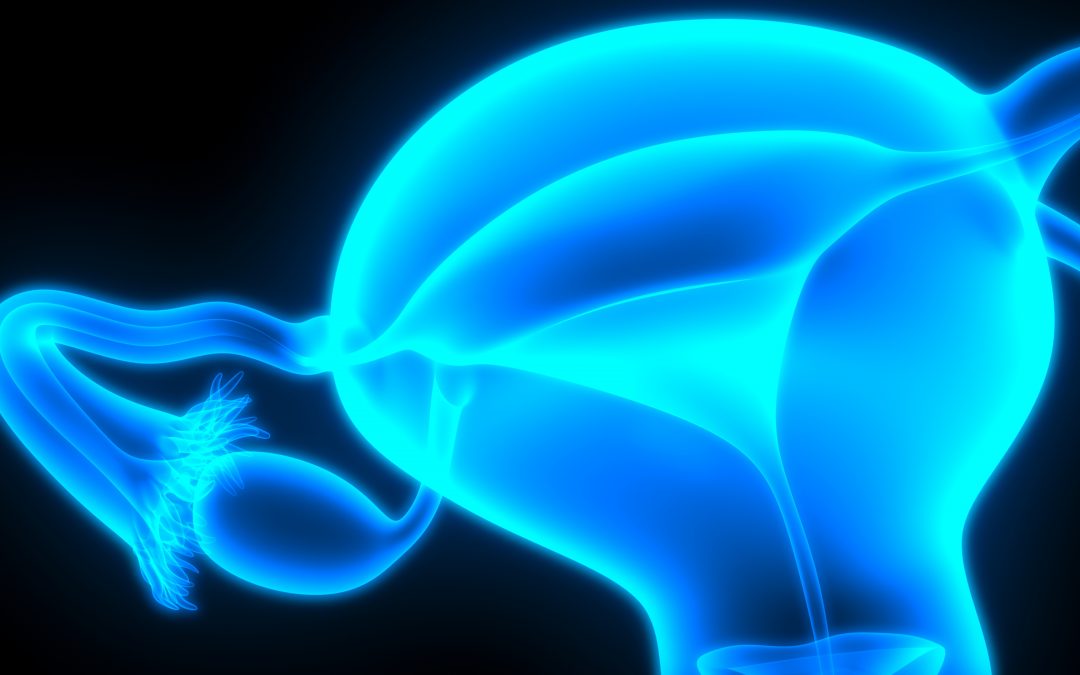 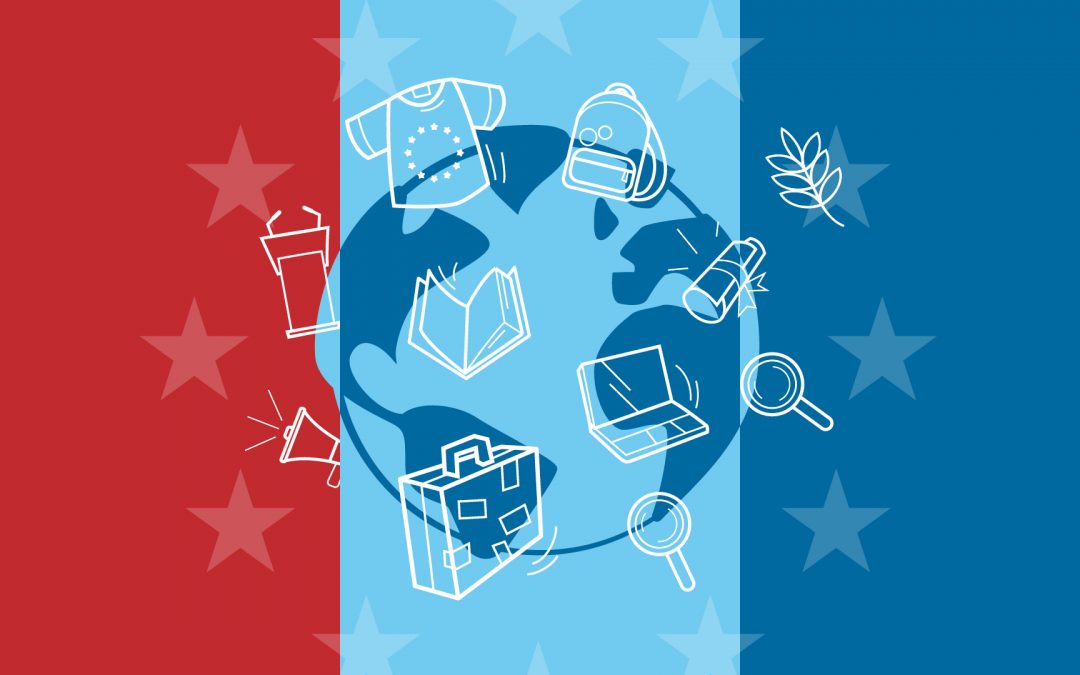