King’s College London and Université Paris Cité signed an agreement of strategic partnership in the presence of French Embassy officials at Somerset House. 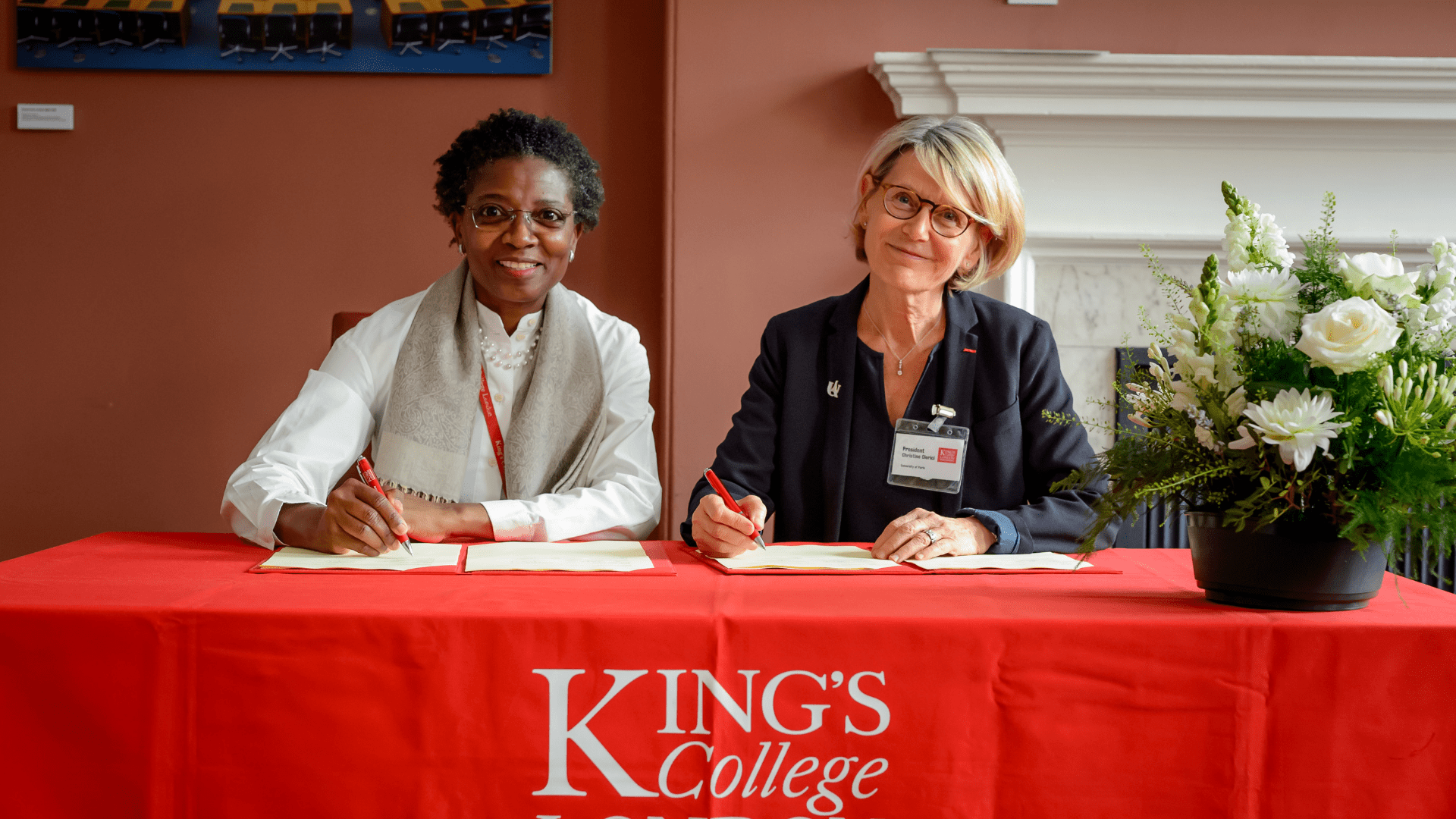 This follows a Letter of Intent signed in  October 2018 to combine the strengths of both institutions and work together in addressing global issues through establishing joint academic opportunities, facilitating staff and student exchange opportunities. They also pledged to  build upon joint academic research projects across health, law, social sciences and the humanities, and those which contribute to the UN’s Sustainable Development Goals.

Professor ‘Funmi Olonisakin, Vice President & Vice-Principal International at King’s, said: “I am delighted that King’s continues to strengthen our relationship with our colleagues at Université Paris Cité. This agreement will enable our two universities to build a new epicentre of research and policy engagement that will be in service to people of both cities.”

Professor Christine Clerici, President of Université Paris Cité, added: “With the official launch we’re implementing actions to work towards the challenges of today and tomorrow.”

One of the first joint research projects between the two universities has been developed by the King’s Policy Institute,  in partnership with Ipsos MORI in London and Ipsos in Paris.  It will involve a parallel survey of around 1,000 residents in each city, launched at major events in London and Paris in November 2019. The survey will focus on people’s perceptions of their respective cities, the current issues they face as well as actions being taken to tackle those challenges. The results will enable King’s to learn more about London as well as Paris and will help inform future joint research.

Professor Bobby Duffy, Director of The Policy Institute at King’s, speaking at the signing of the collaboration agreement

This is our chance to find out what Londoners and Parisians think of their cities, and compare their priorities now and for the future. The study will look as much for similarity as difference between these two global cities and will help each learn about themselves from the comparison. The findings will also help inform the focus of innovative future research programmes between King’s and Université Paris Cité, as well as provide important context for the Mayoral elections that are being held in both cities in 2020.– Professor Bobby Duffy, Director of The Policy Institute at King’s

Professor Duffy added that the research would identity areas of shared challenges that need to be addressed and help foster a common sense of purpose between the two global cities post-Brexit.

Other joint projects include cardiovascular imaging and liver transplantation in children. Additionally, there will be a continued focus on air pollution, for which Professor Frank Kelly, Chair of Environmental Health at King’s, was awarded funding to run a workshop with the Laboratoire Interuniversitaire des Systèmes Atmosphériques (LISA) in France.