Université de Paris is presided by Christine Clerici. She was elected in June 2019 by the members of the Executive Board. 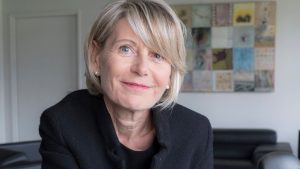 Professor of physiology since 1995, Christine Clerici joined the UFR Médecine de Paris Diderot in 2002. She is in charge of the “cell biology, physiology and pathophysiology” specialization of the master 1 “health” and the master 2 specialty “epithelia: interface structure”. After a medical specialization in pneumology, she became a hospital practitioner in functional explorations.

As a member of the Inserm unit “physiopathology and epidemiology of respiratory insufficiency”, Christine Clerici’s research activities are focused on the mechanisms involved in the resorption of pulmonary lesional oedemas, particularly in in vitro and in vivo models of acute respiratory distress syndrome.

In October 2013, she was appointed provisional administrator of Université Paris Diderot and then elected President on 5 May 2014. She was re-elected for a second term on May 7, 2018.

On 20 June 2018, she was elected President of the Coordination of French Intensive Research Universities (CURIF).

Clarisse Berthezène is Professor of British History at the UFR Études Anglophones and Deputy Director of the Laboratoire de Recherches sur les Cultures Anglophones (LARCA UMR 8225 Paris Diderot – CNRS). Her research focuses on the history of British conservatism in the 19th and 20th centuries and more recently on social welfare and the role of women and families in its development from the end of the 19th century to the present day.

Last March, she obtained European Cost (European Cooperation for Science and Technology) funding for the project “Who Cares in Europe? “project, which brings together researchers from 27 European countries on the issue of social protection, the role of the government, the voluntary sector and families. She has previously held various positions within the laboratory, the scientific council of her UFR, and the CNU office. In 2017-2018, she served as Attaché for Scientific and Academic Cooperation at the French Embassy in London. 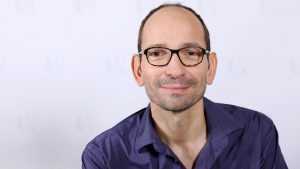 Édouard Kaminski is Professor of Geophysics at the Institut de Physique du Globe de Paris (IPGP) and teaches at the UFR Sciences de la Terre, de l’Environnement et des Planètes (STEP). Specialized in geological fluid mechanics, he studies the dynamics of planetary mantle and the functioning of volcanoes. From 2010 to 2016, he was Deputy Director of the IPGP and Director of the UFR STEP. Since November 2018, he has been vice-president of the USPC COMUE in charge of piloting the IdEx Université de Paris. 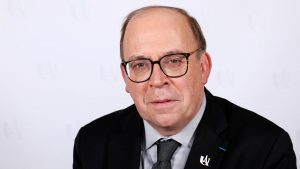 Philippe Roussel Galle is Professor of Private Law at the Faculty of Law, Economics and Management and member of the Centre for Business Law and Management (CEDAG EA 1516). His research focuses on insolvency law, business law and OHADA (Organisation for the Harmonisation of Business Law in Africa) law. He teaches the law of corporations in difficulty in domestic and European law and its interaction with other areas, such as security law in particular.

Étienne Matignon is currently a law student. President of the National Federation of Students in Natural and Technical Sciences from October 2018 to November 2019, he was elected student representative on the Board of Directors of Université de Paris in May 2019. He took over from Émylie Lentzner on June 16, 2020 as Vice-President Student at the Université de Paris. 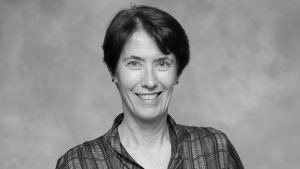 Franco-Scottish, she studied medicine at the University of Newcastle-Upon-Tyne, went on to specialize at University College London and then obtained her PhD at Paris Diderot University. After a post-doctoral fellowship at Harvard, she joined the Faculty of Medicine at Paris Descartes University in 1992 as a lecturer and became a university professor in 1998.

Involved for a long time in various European concerted actions and now in the Circle U. European University Alliance project, she is committed to the international development of the university. She wishes to co-create a common, harmonised strategy that can be applied to all the faculties and components of Université de Paris. 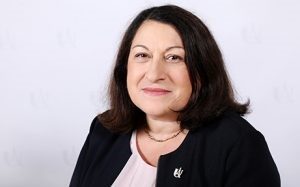 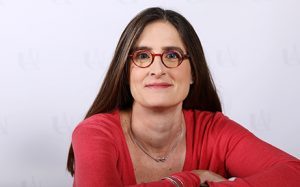 Mireille Fouquet is a lecturer and teaches at the UFR of mathematics. Member of the IMJ-PRG, Number theory team, she is interested in elliptic curves and their applications in cryptography. She was president of the pedagogical commission from 2012 to 2014, in charge of Interactions with high schools from 2016 to the end of 2019 and vice-president in charge of Student Life from 2017 to the end of 2019 at Université Paris Diderot.

Damien Marchal, vice-president Valorisation, in charge of the economic transfer of research and industrial partnerships 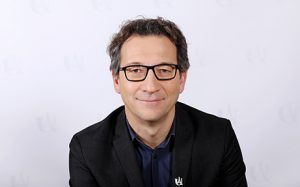 Damien Marchal is professor of chemistry and member of the Molecular Electrochemistry Laboratory (UMR CNRS 7591). He is developing a research theme in the field of analytical electrochemistry, some of which has led to the creation of the Easy Life Science startup. In November 2014, he was appointed Vice President of Relations with the Socio-Economic and Health World at Université Paris Diderot. In charge of supporting the development of continuing and professional training, promoting contractual relations between laboratories and industry, and developing fundraising through sponsorship, he has more recently launched the Alumni action.

Séverine Leidwanger is a lecturer and teaches at the UFR of mathematics. Member of the IMJ-PRG, Groups, Representations and geometry team, she is interested in Lie super algebras. She has been in charge of teacher training from kindergarten to higher education for Paris Diderot and the COMUE Sorbonne Paris Cité from 2012 to 2016, president of the average finance commission from 2016 to 2018, and vice-president CFVU from 2018 to the end of 2019 at Université Paris Diderot. 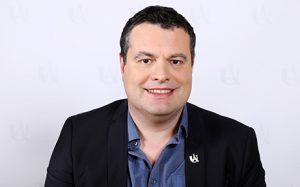 Xavier Coumoul is professor of biochemistry and toxicology and teaches mainly at the UFR fundamental and biomedical sciences. He directs the Toxicology-Ecotoxicology department and is particularly interested in pedagogical innovations. His research expertise focuses on the influence of environmental pollutants, mainly in the form of mixtures, on the development of chronic diseases (cancers, hepatic fibrosis, neurodegenerative diseases). He has participated in numerous scientific expertises in the field of toxicology, notably for INSERM (pesticides) and food.

Anne Vanet is professor of molecular and computational biology at the UFR Science du Vivant. Head of the geno-informatics pole of the Institut Jacques Monod since 2015, she is specialized in bioinformatics and drug design, and research of new drugs against HIV and flu. She was head of the department of innovative pedagogy at Université Paris Diderot. In 2014, she was appointed vice president of information systems and digital. She pilots a joint MESRI/CURIF project around open science.

David Calmels is a graduate in Economics and Management and has spent his entire academic career in the IUTs. First, from 2010 to 2016 at the IUT of Saint-Denis (Sorbonne university Paris nord) and then from 2016 at the IUT of Paris Descartes. There he teaches general economics in DUT and professional bachelor’s degree. He is co-author of an economics textbook intended for students of the DUT Techniques de commercialisation et Gestion des Entreprises et des Administrations. He has contributed to the creation of an international semester in english for foreign students and has developed partnerships with the professional and associative fabric. Finally, he participated in the development of continuing education within the Management Economics and Administration department by creating dedicated groups for the professional bachelor’s degree.

Pr Cécile Badoual is head of the anatomo-pathology department at the Georges Pompidou European Hospital. She chaired the teaching council of the UFR Medicine Paris Centre until the recent merger of the UFRs. She is heavily involved student counselling and pedagogical transformation. She also leads a research group in the 10 Inserm U970 team at PARCC whose theme is the exploration of the tumor microenvironment in ENT cancers, particularly HPV-related cancers. This enables her to deploy activities in digital pathology.